A Sister's Grief from Addiction . . . A Personal Story

Having been thirteen when my half-brother (same dad's, different mothers but to me, just my brother) was born, I suppose as a much older sister, I felt a sense of responsibility to him. Although we lived in separate households (He lived with our dad. I lived with my mom.), I made it a priority to build a bond as best I could. But time . . . time has a way of taking even the closest of siblings in different directions. Until one realizes the other may be "in the ditch".

For several years, I suspicioned my brother may have developed difficulty with drugs but couldn't back that suspicion up with proof. Truly, our family didn't fit the lower class picture I'd painted in my mind numerous times of what addiction looks like. Our family lived in nice homes, drove nice cars, wore the "right" clothes. We went to church. We were respected. We were better than this. My brother was a football player. He dated all the good looking girls whose families had money. And in his early years in college was deemed "Big Man on Campus". He was gifted by God in many areas of his life including good looks, music, intelligence, and charm. And to top it off, he had served our Country. He was strong and honorable.

Despite our dad's inability to see reality, I believe it was in 2002 when my suspicions had reached an all-time high. And like our dad, I refused to follow suit with a blind eye. I remember calling our older brother, who was a preacher, saying, "It's time for an intervention. If we can't help our own brother, we're pretty pathetic in the area of ministry." On that day, the two of us, traveling from different states, met our younger sibling in a park for lunch. I had hamburgers in one brown bag and a drug test in another. Having eaten, I lovingly confronted him about his drug use. To my surprise, he began to cry and admitted it was true. He was ashamed and promised to do better. The three of us held one another that day at our concrete picnic table and prayed together. And I so naively believed, this would be the end.

Fast forward to 2016. My brother had lost everything . . . relationships, education, credit, family, girls, numerous vehicles, jobs . . . his pride, integrity, etc.... But through it all, fifteen years, this sister had not lost hope for a better, different tomorrow. The grief of watching someone I loved so dearly throw himself away was torment. And perhaps almost as hard was that everyone else had allowed their grief in relation to his circumstances to give up on him. And somehow, God wouldn't let my grief become bigger than my hope for him. His addiction had created in me an addiction to save him.

Having been arrested once more, I had made the decision that once released, I could not allow my brother to return to the enabling environment in which he had grown up. He was thirty-six. He had never been married, had no children and always returned to our dad's home. To truly help my brother meant my having to see there were those of us who had other difficulties i.e., enabling. To help my brother meant to help our dad.

Unexpectedly, the late Friday evening phone call came that he had again served his time and needed someone to pick him up from jail. Although my brother had never so much as raised his voice to me, I remember being quite nervous as I shared the news with him he would no longer legally be able to return to our father's home without my permission. Having previously made arrangements, I delivered him to a motel in town. The plan was to put him up for a couple of nights until he could possibly be accepted into a homeless program for Veterans or something similar. I remember leaving him in the motel room that Friday night and wondering who he might call, where he might go, what he might use. Would I come back the next morning and find him overdosed, overcome by shame or not find him at all?

Upon my return, and as his luck would usually have it, he'd arranged to work for the motel owner in exchange for a room to reside in and a little cash each week. Again, and like so many other times, I believed this time would be different. I'd take him food, meds when he was sick and occasionally, we'd spend a few hours together. Although he appeared to be making it pretty good, he wasn't. Love has a way of helping us see what we want to see until you get the reality check. Daily, I would pray for someone, anyone, to help me. In particular, a man who'd maybe been down this road. Maybe someone, besides me, who could and would show some care and concern. Desperately, I called out to God for someone to help ME help my brother. I didn't need someone to tell me they loved my brother. I needed someone to demonstrate that love.

Having been ordered by the court, I got the phone call and accepted the harsh reality of another failed drug test. He had landed in jail once more. Unlike hearing this the first time, I was hurt and yet relieved to know my brother was there. Over time, you learn to be happy they are simply safe and alive . . . that jail is better than the funeral home.

Returning the car he'd borrowed from the hotel owner to arrive at the appointment for his drug test, I gathered all he had left in the world from his room into one little clothes basket. Later, I sorted and washed his dirty laundry knowing he'd need them at another release date. What I didn't know was how difficult seeing thirteen hypodermic needles tumble onto the laundry room floor from my dryer would be. The image of my brother doing this to himself was so painful.

It was hard watching him live this life. No one else in our family had lived this way and yet, it seemed not to bother him. And then somewhere along the way, as difficult as it was to understand, I had to accept my love for him wasn't enough to save him. That my idea of what would make him happy in life was not the same as his. For years, my heart had not grieved the physical loss of my brother but rather the loss of the man God had created him to be. The loss of my brother - the one drugs had robbed him of being. And why didn't anyone else seem to care? How could everyone else say they loved him but not show it? For many a day and night, this in itself was a grief so heavy.

My brother was in jail with another court date on the horizon. Having exhausted all efforts for fifteen plus years, I was clueless as to where I would go from here with him. As I traveled down the interstate one random day around noon, I began to pray a similar prayer like the one above, asking God once more to help me help my brother. But unlike previous times, I gave up the notion I could do it . . . that my brother could do it. The grief of failing to believe anyone would or could had almost overtaken me. But God had another plan. Could it be all the other times I had gotten in God's way? In my humanness of loving, had I depended upon myself rather than the One who could?

Returning to work from my travels that same day, it was late in the afternoon at my business when I heard someone come in the front door. I suppose living in a small town didn't make it unusual that the local Circuit Judge would come in but on this occasion, it was. Thinking he was there to purchase something from me, he surprised me and asked, "Dana, where is your brother?" I had no clue he knew who my brother was and honestly, I'm not sure he knew either. He seemed as befuddled as me as he explained there was a new transitional home by the name of "Restoration Springs" in town. "I met with the Director today at 1:00 p.m.," he said. "I really can't tell you why but during this meeting all I could think about was your brother. Do you mind if I send the Director by your store tomorrow so the two of you can discuss whether or not he might be a candidate as their first student?"

It's been one year since my brother left Restoration Springs. With the help of God making it possible for Bill and Lisa Bright to develop The Will Bright Foundation and employing Mike Emanuel as Director, a sister has her brother back. He has a truck, a job and is living comfortably in an apartment nearby. And more importantly, he has his pride, self-worth, and integrity. We spent the afternoon together today eating banana splits at a local drive-in while discussing plans for Christmas. Today, I enjoyed my grief from addiction being replaced by my brother's jovial laughter. A treasured gift at any time of the year!

Suppose the greatest difficulty going forward is the question of why my brother made it and others have not or do not. My heart goes out to those who continue to grieve the memory of who someone used to be. Grief is tough. Being addicted to saving someone else from their addiction is tough. I have no answer as to why some survive and some do not but trust, we'll all someday understand.

Each night I now pray for the continued work of The Will Bright Foundation, Restoration Springs, past and current students there and for many others to be encouraged, to be hopeful and to be restored.

I've been active in the floral industry for thirty years as a designer and owner of Dana’s Flowers in Fayette, Alabama. It's here I've had the opportunity to discover a vast number of people who are in need of someone to "stay for the cup of coffee". I am especially excited about being a Certified Grief Recovery Specialist with The Grief Recovery Institute. And most recently being involved with Restoration Springs (a transitional home located in Fayette, Alabama) as an Advisory Board Member.Although fishing is my real hobby, I genuinely love people and use my business and now, my grief recovery efforts to bring joy to and back into the lives of others. The “little red chair” in my office is always available to those who need someone to talk with about their concerns and issues. People are worth it! The Lord has truly blessed me with a wonderful business, and I am so very grateful. I am fortunate to have one son, Ben (wife, Katherine) and a granddog named "Bo". 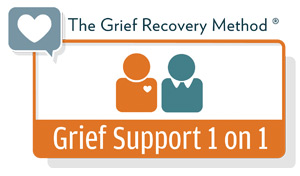